Occasionally, we get asked to compete with very low prices given to clients by offshore suppliers from developing countries. At the same time, we also have clients telling us about their nightmarish experiences sourcing direct from offshore suppliers and asking us to rectify a job that had gone wrong with an offshore supplier.

When comparing quotes, it’s only right to compare apples with apples. Here are a few good reasons why you’re risking your brand when you source promotional products directly from developing countries.

Cost of labour is much lower in developing countries and sweatshops with children working are common. This is in contrast to labour cost in Australia with human rights laws in place. I am sure you wouldn’t want people to associate your brand name with sweatshops.

The difference in language makes it harder to communicate with offshore suppliers. Communication is paramount when organising your custom promotional products. To get the job done right, you need to understand each other well. Imagine getting a load of thousands of custom printed tees shipped to you, only to find that the offshore supplier had misunderstood your order and misprinted the tees. Any chance of seeing your money back? I think not. Besides, are you willing to pay for freight to ship the wrong order back to the supplier? Yes, I didn’t think so.

End consumers do not have knowledge or expertise in the promotional merchandise industry and direct offshore sourcing like promotional products professionals do so they become vulnerable targets for these offshore suppliers. I remember a friend telling me how his dad was cheated by an offshore supplier in a developing country. His dad actually went to the country to see the manufacturer’s factory to check if all was legitimate after which he made payment for a $100k bulk order. The order never reached him and he could not contact the offshore supplier over the phone or email so he flew back to the same location. He found that the factory was deserted. He asked the locals there where the staff and the business had moved to and he eventually found out that the whole thing was a scam. The offshore supplier had hired pretend staff and the factory to scam a number of vulnerable foreigners. Don’t become that vulnerable foreigner. Local Australian legislation won’t be of much help for you in such situations.

When you source promotional products directly from China, for instance, the products are generic and are not backed by renowned brand names. This increases the likelihood of poor quality products.

Timelines for production and delivery from offshore suppliers are also much longer. Local promotional companies can turnaround and deliver your products faster.

So what’s the moral of the story?

Leave it up to local expert promotional merchandise professionals to source offshore products for you. You’ll be better off this way. By trying to save some dollars here and there, you might end up ripped off and deserted by offshore suppliers,which is too often the case.

The local Australian economy needs a boost to get back to surplus in our budget especially after the GFC. By purchasing from 100% wholly owned companies like PromosXchange, you’re keeping our profits in Australia. 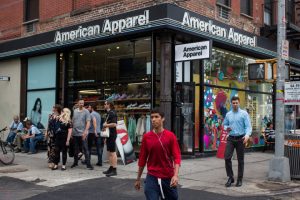